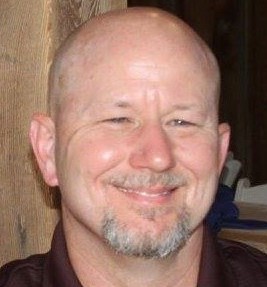 Born on June 20, 1961, in Philadelphia, he was the son of James K. Helms and Joanne Poust Smedley.

Rick was a 1979 graduate of Bensalem High School and then attended Williamsport Area Community College, graduating in 1982.

Rick was employed by Cleveland Brothers, Howard as a mechanic.

He was a member of Brady Lodge No. 116, Independent Order of Odd Fellows as well as Eureka Lodge No. 335, Free and Accepted Masons.

Motocross and watching his son, Nate, play baseball where some of his favorite past times.

He enjoyed mowing grass at his mom’s place and was forever installing a new tractor belt because his step-dad continually snapped them.

Rick loved dogs, and he must have known their language for they all obeyed him.

He loved his family and also his large John Deere tractor with which he moved the motocross field and track.

Rick was a first-class mechanic and used his talent to repair motocross bikes.

Sometimes he thought he was younger than he really was, evident when he attempted foolish turns on his dirt bike.

Most important, though, was that Rick taught his sons many lessons to make them the fantastic guys they are today.

In addition to his wife, Barb Helms, of Beech Creek, he is survived by two sons, Michael Fowler and Nathan Helms, both of Beech Creek; his father, James K. (Veronica) Helms, of Perkiomen; his mother and step-dad, Joanne and Bill Smedley, of Picture Rocks; two sisters, Susan (William) VanOcker, of Peraksie and Sharon Helms (Gideon Klindt), of Oregon; his aunts and uncles; many cousins; and several nieces and nephews.

Friends and family will be received at the funeral home on Wednesday, August 9, 2017, for a Masonic Service at 5:15 p.m. and a visitation following until 9 p.m.

Memorial contributions in Rick’s name may be made to Barb Helms to be used as a college fund for Nate. Checks may be mailed to the Donald G. Walker Funeral Home Inc., 231 High St., Flemington, PA 17745.

Online condolences may be made by visiting www.donaldwalkerfuenralhome.com.