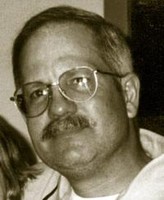 He was the son of Navy Ret. Cmdr. Turner and Agnes DeHart of Franklin. Born on April 12, 1955, in Honolulu, Hawaii, Mr. DeHart's early childhood was spent in Canada and Turkey with his family. He has lived in the Washington area since 1963 and attended Burning Tree Elementary, Thomas Pyle Middle, Walt Whitman High School, and received his BA from the University of Maryland in 1977.

He was an elementary substitute teacher for Montgomery County Public Schools in Maryland; a driver for Enterprise Leasing Company; and a ski instructor at Liberty Mountain's Ski Resort and Snowboard School in Pennsylvania.

He enjoyed league play and was a longtime caddie at area professional tournaments including the Kemper Open and the ATT National. Mr. DeHart also helped to build the frisbee golf course at Seneca Creek State Park.

His hobbies included motorcycles, model rocketry, and building bikes. He was a wildly popular "sub" at several Montgomery County Schools, including Lake Seneca, Clopper Mill, Rachel Carson and Christa McAuliffe, and in his free time, he frequently shared his passions for skiing and rocketry with his nieces, nephews and friends. His willingness to help neighbors and strangers alike, with home repairs, car emergencies and household jobs endeared him to many. Above all, he will be missed for his larger than life personality, enthusiasm for life, his selfless concern for others and his unforgettable warmth.