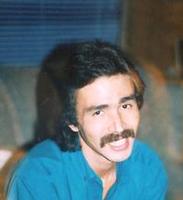 He was born March 30, 1959 in Panama City, Florida to late Wallace Clifford Ward and Iwja Grow.

He was a construction foreman, enjoyed watching movies and his family was #1 in his life.