There were no Statewide Championships until the late 1940's.  Starr Keesler's County Meet records endured to the 1950's and his Okemos School records until the 1960's

The individual brilliance of Starr Keesler who won first place in three events to score 18 points and then ran on the relay team which placed third, led Okemos once more to the championship of the county track and field meet at Michigan State college Wednesday afternoon.  The Chiefs were defending champions.

Keesler's performances stood out crystal clear in the afternoon's proceedings which saw two records pass by the boards.  It was two Okemos lads who established new records.  Ross Bearup, not far behind Keesler in individual honors, shattered the 120-high hurdle mark by bounding over the hurdles in :17.6 to eclipse the old mark of :18.4.  Keesler bettered his own record in the broad jump when he leaped 20 feet 7 1/4 inches to surpass his former mark by 1/4 of an inch.

Okemos, July 7 - Stan Keesler (newspaper typo), who recently received a commission in the navy, left last week for his assignment to a camp on Lake Champlain.  Mrs. Keesler, the former Miss Margaret Leu, will live with her mother in Okemos.  Young Keesler is the son of Mr. and Mrs. Arch Keeler, Dobie road, and has been in the extension department at Michigan State college for the past year.  Before coming to the college he taught at Dundee high school.

While some officials at Michigan State college were happily predicting that this fall's student enrollment would shatter all previous records, other leaders were wringing their hands in despair.

One M.S.C. administrator who is not too happy is Housing Director Starr Keesler, who is in charge of finding living quarters for an estimated 16,000 students.

According to Keesler, the picture for on-campus housing at the college will remain critical this fall as in previous years.

Optimistically, Keesler points out that with completion of the west wing of Shaw hall, the new men's dormitory, the situation for housing single men students will be eased considerably.

But, he sadly points out, incoming single women and married students may be forced to seek off-campus housing.  Most critical need, Keesler maintains, continues to be in married housing although the college has facilities for housing approximately 1,600 families. 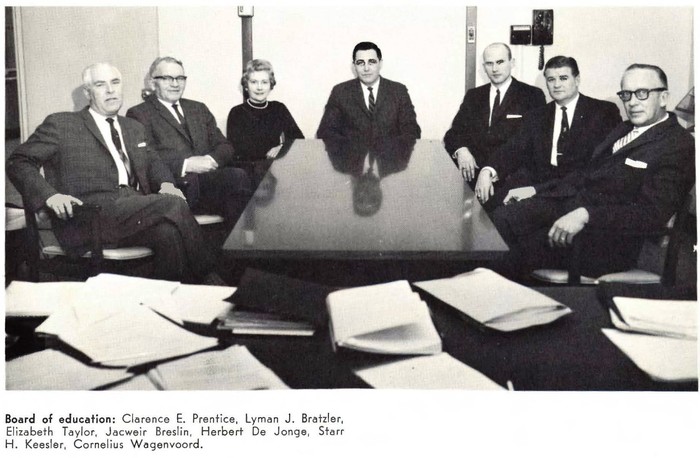 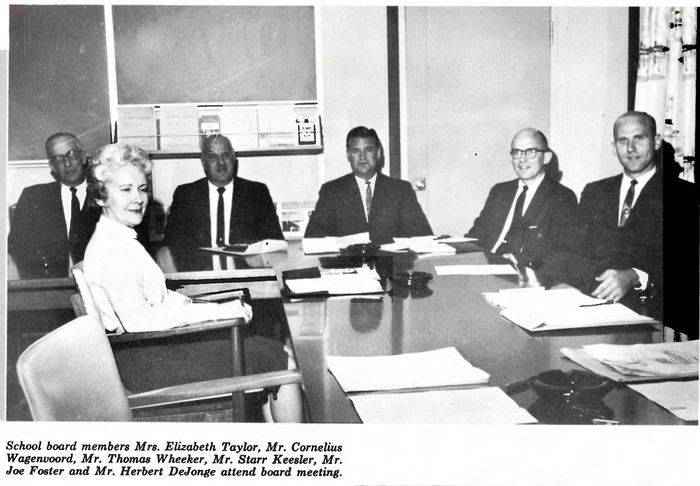 Starr H. Keesler of Okemos was elected president of the United Community Chest Board of directors Tuesday evening.

He will succeed James R. Davis, a local attorney.

Keesler, assistant secretary of Michigan State University, was general chairman of the 1967-68 Community chest fund drive.  He also has served on numerous budget panels for the Chest and is a member of the executive committee.

In addition to his Chest activities, Keesler is a past president of the Okemos Board of Education and a former member of the Ingham Intermediate School Study Committee.

Age 73, died May 9, 1993.  Born April 24, 1920 in Okemos.  Mr. Keesler was a lifelong resident of Okemos; he was a former Assistant vice President for Administration at MSU retiring in 1982; a member of First Baptist Church of Okemos and involved in numerous university and civic activities including being a board member at Lansing General and The United Way.  He is survived by his wife of nearly 52 years, Margaret L.; daughters, Erin (Chas) Gunder of Florida and Candace (Wayne) Thomas of Wisconsin; 1 son, Eric (Georgia) Keesler of Los Angeles, CA; and 12 grandchildren.  Funeral services will be held Thursday, May 13, 1993 at 11:30 a.m. at Gorsline-Runciman Co. East Chapel, East Lansing with the Rev. Douglas Phillips Pastor of First Baptist Church of Okemos, officiating.  Interment will be in East Lawn Memory Gardens.