Our Current method for Fun and Community are the Pop Up Lunches.....Watch for mails announcing where and when!!!

Our GREAT 50th is all over.  Please check out the personal pictures that classmates will be posting.  Thank you all for coming home to the Burg.  You made it our BEST reunion ever. 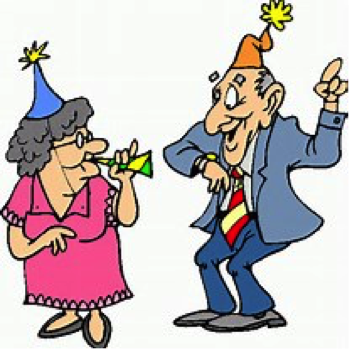 Gayla Kraetsch Hartsough has been President of KH Consulting Group (KH) since she founded the firm in 1986. KH specializes in strategic planning, organizational design, human resources, and process improvements. Much of her work involves local, state, and federal government agencies; high education and K-12 educational systems; nonprofits; transportation systems; utilities; and health care providers. In addition, Gayla is an Adjunct Professor of Public Policy at the University of Southern California. Gayla received awards for being a successful businesswoman entrepreneur, as well as a proclamation of appreciation from the City of Los Angeles and County of Los Angeles. Added to this is her career as a screenwriter and producer of several award-winning screenplays.

Over the years, Gayla applied energy, creativity, and dedication to the common good in all her endeavors. All of us can be proud of Gayla and glad to have known her in high school and beyond. She represents the talent and accomplishments of all of us. Yes, the Lebo Class of 1967 is special. It was said then and it remains true now.

For those of you who are not living in western Pennsylvania, Lebo’s football team went undefeated this fall and beat Central Catholic last week 47-7 to win the WPIAL championship! Last night (Friday the 26th) they beat Erie McDowell 47-14 and will advance to the semifinals of the state championship (and will play, I believe, the winner of a game between State College and Harrisburg). Clearly Coach Bob Palko, who has won a number of other championships at other schools, has been great for the program.

I was at the game at Mt. Leb HS stadium where the wind chill was around 20 degrees. What is particularly impressive is the team speed, particularly of 2 of its stars, Alex Tecza (a running back who may be going to the Ivies although his talent may end up in him going to a larger school) and Eli Heidenreich (a wide receiver who is going to Navy and had a particularly good game both running after a direct snap and receiving). Both also play as defensive backs and Tecza had at least one interception.

To bring back memories for some, I got to say hello to Joe Herschel as he was leaving the game early. He looked good and even remembered me! I’m still trying to guess how old he is.

I am sorry to report that Ted Swisher died on July 8. For those who haven't followed his life, below is part of the application which I submitted to the HS in 2019 to have Ted recognized as a Great Alumni. Due to COVID, the selection process was delayed and he wasn't selected until shortly below his death. He and the others who were selected will be noted at the football game on October. I wrote:

"Ted basically has been a volunteer his entire life. As one of his college roommates wrote: “You have
taken, whatever you have done for one of the least of these brothers and sisters of mine, you did for
me (Mat. 25:40), to a whole new level.” Another college roommate wrote: “On the first day of our
freshman year, we heard the phrase, “Princeton in the Nation’s Service”.  Your career is what they
meant.”
I think it is helpful to understand Ted’s path following his graduation from Princeton in June of 1971.
Needless to say, this path was not necessarily what one would have expected for a Mt. Lebanon graduate
who was president of the student body, a PA state champion wrestler and co-captain of its WPIAL
championship football team.
A sociology major, Ted spent the second semester of his junior year at Princeton (a time when college
campuses were buzzing with dissension over the Vietnam war and the bombings in Cambodia) studying
(and assisting ) a relatively new organization named Koinonia Partners, a Christian community and farm
serving an under-privileged population in Americus, Georgia. (Yes, former President Jimmy Carter’s
country and, yes, Ted has spent a number of occasions with the former President and his wife Rosalyn.)
Ted wrote his senior thesis on the organization.
Ted was so moved by the experience that he went back to Americus after graduation and became
Koinonia’s Executive Director. Ted was instrumental in expanding Koinonia’s services into housing,
childcare and income generating businesses for the local population. (Please refer to his attached
resume for further information on its growth under his leadership).
Millard Fuller, one of the founders of Koinonia and a resident there with his family, founded Habitat
and its Fund for Humanity in 1976 with the goal of eliminating “poverty housing” in Sumter County,
GA.    Ted eventually joined Habitat and assumed leadership roles in it, becoming the first Director of
Affiliates for Habitat for Humanity International in 1983. Over the next 5 years he helped it grow from
22 to 360 affiliates. From 1989 to 1991, he was responsible for creating Habitat’s affiliate program in
Australia. His subsequent work in Habitat’s then home county of Sumter County Georgia and then as
Habitat’s Vice President for the United States and Canada also is described in the attached resume."