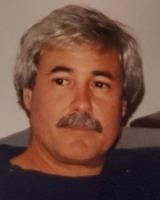 Rick grew up enjoying baseball, skiing, wrestling, and corvettes. Spurred by the emerging rock 'n' roll scene of the 1960s, Rick found a life-long passion for music during his high school years playing in his band, The Daniels, with his older brother Randy. Included in the many other enjoyments he found throughout his life were golf, travel, cooking, and the appreciation of a fine vintage wine.

Rick graduated from East High in 1966 and went on to earn a bachelor's degree in business/accounting from the University of Utah followed by a law degree from Arizona State University. He practiced law in Utah and later Hawaii for the better part of four decades until he retired in the early 2000s.

Through its highs and lows, Rick seized life with intelligence and a great sense of humor, he was never afraid of a good debate, a well-timed joke, or, when needed, the offer of a shoulder to lean on.

His time ended far sooner than was due, however the breadth and depth of his impact is easily measured by the many lives he touched and by the number of people he called friends, and of course, family.

He will be remembered fondly. He will be missed dearly.

He was preceded in death by his parents, Ben and Tilly Cuatto, his brother Randy Cuatto, and his wife Michelle Mullins Cuatto.

To respect his wishes his ashes will be spread in the place he loved, Kauai, Hawaii, in the coming year.

A Celebration of Life will be held in Salt Lake City, Utah on Saturday, December 11th, 2021, at the Sonoma Grill & Wine Bar in the Perry Hotel from 2-4pm.