JOHNIE RIOLA – As the quarterback of the Eagles in 1939 and 1940, he led North Texas to Lone Star Conference titles both seasons. He was selected to the all-conference team both years and in 1939 was voted to the Little All-America squad. He later became head coach at Waco High School, where he guided the team to a state championship in 1948. 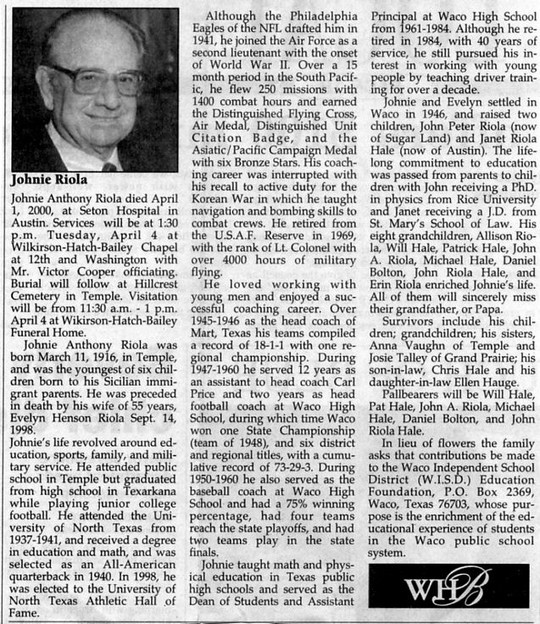