This is to much like some people I know!
Harold Wylie found these and sent it to me to add to Website.
Do you have a fun Youtube to watch?

Billboard Year-End Hot 100 chart for 1962. Note that from 1950 to 1955, Billboard compiled only top 30 charts. What is now the Hot 100 existed for nearly fifteen years as numerous charts, tracking and ranking the most popular singles the day in several areas. The methods and policies by which this data is obtained and compiled have changed many times throughout the chart's history. Billboard has also changed its Hot 100 policy regarding "two-sided singles" several times. During periods in which singles sales were strong, the Hot 100 allowed both sides a single (A-side and B-side) to chart together (occupying the same position), provided that both sides were receiving significant radio airplay. Pre-Hot 100 charts listed A-and-B-sides together. For more detailed information on how the Billboard compiled the charts, see the Wikipedia article "Billboard Hot 100".

1. Stranger On the Shore

, Freddy Cannon
15. Breaking Up Is Hard to Do

, Johnny Tillotson
19. The One Who Really Loves You

, Joey Dee and The Starlighters
26. Break It to Me Gently

, Jay & The Americans
31. Don't Break the Heart That Loves You

, The Four Seasons
56. Johnny Get Angry

, Johnny Crawford
70. You Beat Me to the Punch

, The Crystals
73. Everybody Loves Me But You

, The Ikettes
95. Where Have All the Flowers Gone

, The Kingston Trio
96. (Girls Girls Girls Were) Made To Love, Eddie Hodges
97. Town Without Pity

If you are NOT coming to the reunion, you need a good excuse and a note from your Mom. The following reasons have been tried and are UNacceptable:
Excuse #1: I've gained a lot of weight!
Rebuttal: Look around!! I doubt any of us could get back into our jeans from high school any more.

Excuse #2: I'm a different person than I was in high school.
Rebuttal: Lucky for you, we ALL are. Let's face it: we could only have improved.

Excuse #3: I don't look as good as I'd like. I (choose one or more) am bald, have wrinkles, saddlebags, grey hair and no one will recognize me.
Rebuttal: Guess what! You won't recognize anyone else, either. Our whole class looks like a "before" photo in a plastic surgery ad (just kidding).

Excuse #4: I'm not successful. I'm not (choose one or more) a lawyer, a doctor or rich.
Rebuttal: You'll be pleasantly surprised to find how much everyone has matured. We may be plump and wrinkled (see Excuse #3, above) but we're not stupid. Money is not success.  You have found success when you are happy doing what you're doing!

Excuse #5: I was not in a popular clique in school.
Rebuttal: Now that we're older and smarter, those cliques have dissolved just like the superficialities they were based on. The only cliques you'll notice at the reunion will be the sound of your joints as you walk around.
Excuse #6: It seems like all the classmates drink alcohol at the reunion.

Rebuttal: Not all of us drink - plain and simple. Some of us only have a few drinks at the reunion to relax (cause we're nervous) but if you don't want to drink alcohol there'll be plenty of other drinks available. 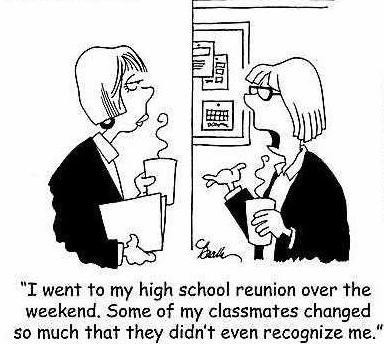 From George Washington To Barack Obama - 44 Presidents of the United States - A Face Morphing Video - THE ORIGINAL FROM THE CREATOR - Music: Maurice Ravel's Boléro. I dissociate myself from any kind of racist motivated comment.

What do you remember from your History class?

Some might remember some of these words but I bet you know them all.

I came across this phrase yesterday... 'FENDER  SKIRTS.' 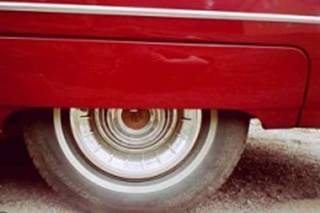 A  term I haven't heard in a long time, and thinking about 'fender skirts' started me thinking about other words that quietly disappear from our language with hardly a notice like 'curb  feelers.' 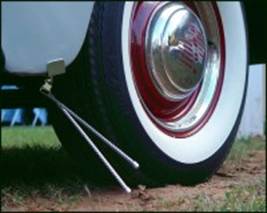 Since I'd been thinking of cars, my mind naturally went that direction first.

Any kids will probably have to find some older person over 50 to explain some of these terms to you. 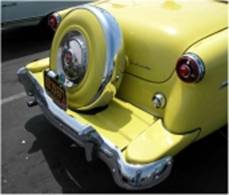 Remember 'Continental  kits?'  They were rear bumper extenders and spare tire covers that were supposed to make any car as cool as a Lincoln Continental.

When did we quit calling them 'emergency brakes?'  At some point, 'parking brake' became the proper term...but I miss the hint of drama that went with 'emergency brake.' 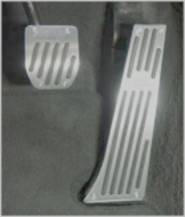 I'm sad, too, that almost all the old folks are gone who would call the accelerator the 'foot feed.'  Many today do not even know what a clutch is or that the dimmer switch used to be on the floorboard.

Didn't you ever wait at the street for your daddy to come home, so you could ride the 'running  board' up to the house?

Here's a phrase I heard all the time in my youth but never anymore...'store-bought.'  Of course, just about everything is store-bought these days.  But once it was bragging material to have a store-bought dress or a store-bought bag of candy....everything was home-made.

'Coast to coast' is a phrase that once held all sorts of excitement and now means almost nothing. Now we take the term 'worldwide' for granted.  This floors me.

When was the last time you heard the quaint phrase, 'in a family way?'  It's hard to imagine that the word, 'pregnant' was once considered a little too graphic, a little too clinical for use in polite company.  We had all that talk about stork visits and 'being in a family way' or simply, 'expecting.'

Apparently 'brassiere' is a word no longer in usage.  I said it the other day and my daughter cracked up. I guess it's just 'bra' now.  'Unmentionables' probably wouldn't be understood at all.

I always loved going to the 'picture show,' but I considered 'movie' an affectation.

I miss those made-up marketing words that were meant to sound so modern and now, sound so retro.  Words like'DynaFlow' and 'Electrolux.'  Introducing the 1963 Admiral TV, now with 'SpectraVision!'

Food for thought.  Was there a telethon that wiped out lumbago?  Nobody complains of that anymore.  Maybe that's what Castor oil cured, because I never hear mothers threatening kids with Castor oil anymore.

Some words aren't gone, but are definitely on the endangered list.  The one that grieves me most is 'supper.'  Now everybody says 'dinner.'  Save a great word. Invite someone to supper.  Discuss fender skirts.

IF YOU AREN'T OF A CERTAIN AGE, YOU MUST KNOW SOMEONE WHO IS.

ADD YOUR THOUGHTS FOR ALL TO READ: Pioneers Talking - UNDER General Discussion