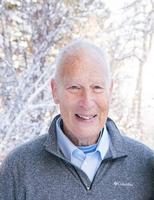 Robert "Bob" Schoff, loving husband and father of five, passed away, at the age of 78, while at his summer home in New London, N.H., with family, friends and his favorite loons nearby.

Bob was born on April 17, 1942, to Jay Forest and Helen (Young) Schoff in Pennsylvania. He married his high school sweetheart, Sandra Mueller Schoff in 1963. He received a degree in mechanical engineering from Lehigh University in 1964. They raised one son, Robert Schoff Jr. of Alaska, and four daughters, Sharon McCann of Massachusetts, Kristin Albee of California, Amy Rabun of California, and Heidi Thomas of Montana. Bob enjoyed being an engineer and spent most of his career in the oil industry. In 1974, he accepted a 3-year job transfer to help design and build the trans-Alaska pipeline which moved Bob and his family from Pennsylvania to Alaska. The transfer turned into a 40-year career with The Alyeska Pipeline Company in Alaska.

Bob had a passion for building and "puttering," which led him to constructing several additions on multiple homes, and endless to-do lists. He built a cabin for his family in Wasilla, spending many weekends over the years enjoying the lake with family and friends. Bob was known for his willingness to help others, officiating swim meets and helping with kid activities, assisting stranded motorists, serving as an Elder in the Presbyterian Church and overseeing a variety of building projects. He was always able to make time to fix and renovate projects for his children, wherever they lived. He loved the outdoors, fishing, camping, traveling and especially spending time with family.

A memorial service and celebration of life will be held in Anchorage and will be announced once travel resumes this summer.

We are sad to announce that retiree Robert “Bob” Schoff passed away last week after a lengthy illness. Bob came to work at Alyeska in June of 1964 as an Engineer and worked on the Engineering Management team until his retirement in December of 1998.

A memorial service in Anchorage will be planned sometime this summer.

Condolences may be sent to: