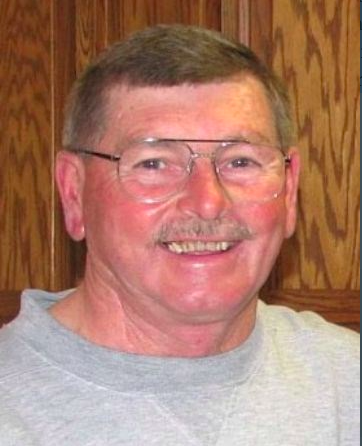 On Thursday, February 4, 2021, James "Fluffy" Briney, loving father and grandfather of five children, passed away at the age of 74.

Fluff was born on September 18, 1946 in Butte, MT to Joseph and Helen (Farrell) Briney. He graduated from Boys Central High School in 1964.

In high school, Jim was an excellent gymnast and was a member of the Butte Central tumbling team. After high school, he turned his attention to bowling and was about to turn professional before being drafted into the Army. Although his hopes of being a professional were dashed by the Army, he continued to bowl for most of his life. He also loved golfing and for many years he hosted a large group of friends for the Labor Day Classic at the Country Club.

Upon returning from Vietnam, he attended Montana Tech and played football, starting as a 135-lb. safety.

In 2008, he married Charlotte "Chucky" Brock and found the true love of his life. She preceded him in death and "There's no doubt that she tripped over the gates of heaven to welcome him in."

He worked for the Anaconda Company as a pipefitter for most of his career, and then worked for Petrolane Gas.

Jim and Char loved going to casinos and their trips to Las Vegas. Every weekend, they both loved playing "pull-tabs" and loved making their rounds to see everyone while picking them out. They had a unique "system" for playing and now they can continue to refine it together. He was all ready for Super Bowl weekend.

He was a great conversationalist and storyteller and loved sharing time over a "cold one" with friends. His only mistake was when his friends introduced him to "karaoke," and he embraced it far too often.

Jim was a man of routine, enough to drive his sons crazy. Each morning, he would go to mass at St. Joseph's then breakfast at Chefs Garden. He would eat the exact same breakfast. Every. Single. Time. He loved having coffee with the guys at Chefs Garden and the "Coffee Crew" at The Depot.

Jim loved his grandkids more than anything. Christmas was his time to shine. Every year, he spent the entire month getting stockings ready. He somehow fit three shopping bags full of candy and other gadgets into each stocking. His house was ALWAYS stocked with candy for the kids.

His health struggled for several years and his fight to stay alive was an inspiration to all who knew him. After fighting very hard, and with no reserves left, it was finally time for Jim to say "Goodnight Dick" to all those he loved.

Sincere thanks to the multiple doctors, nurses, therapists, home health teams and everyone who cared for him over the past several years.

He will be greatly missed by all who knew him.

In addition to his family, he is survived by his very special friends Bill Spear, Gary Ugrin, Bob Farren and Chuck Delaney, who we cannot thank enough for all their love and support.