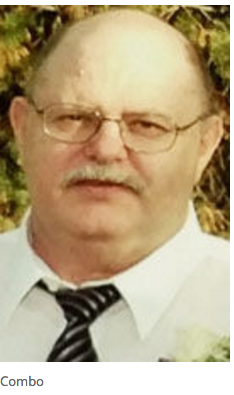 After graduation he worked with his father at the Kelley Mine and was featured in the book about mining, “Remembering Butte, Montana's Richest City.”

Butch worked at the Freeway Tavern while attending Western Montana College, serving some of Butte's best characters. He graduated from Western with a degree in secondary education with an emphasis in biology in 1971.

Butch married Patricia Tracy in 1973 and together they had four daughters.

While teaching biology at Butte Central, he started their first bowling league. Butch worked in the camera department at Woolworth's and in 1977, opened his own camera business, Combo's Shutter Shoppe. Later, he opened It's A Small World and introduced Butte to the Wonderful World of Smurfs.

Butch lived in Butte until 1995, and then moved to Coeur d'Alene, Idaho.

Butch's best times were spent behind a camera or a telescope. He was an avid golfer, bowler, skier, and motorcycle enthusiast. He was proud to be Christian and volunteered for the Christian Motorcycle Association. Butch was an enthusiastic singer in the St. Pius Choir in Coeur d'Alene, Idaho.

Butch was preceded in death by his parents, Robert and Helen.

Cremation has taken place and a memorial Mass will be at 6 p.m. Friday, Nov. 6, at St Pius X Catholic Church in Coeur d'Alene.

Memorials may be made to the Kootenai Humane Society. You may share your thoughts and memories of Butch in his online memorial at www.belltowerfuneralhome.com orwww.mtstandard.com.

“For God so loved the world, that He gave his only begotten Son, that whosoever believeth in Him should not perish, but have everlasting life, John 3:16”