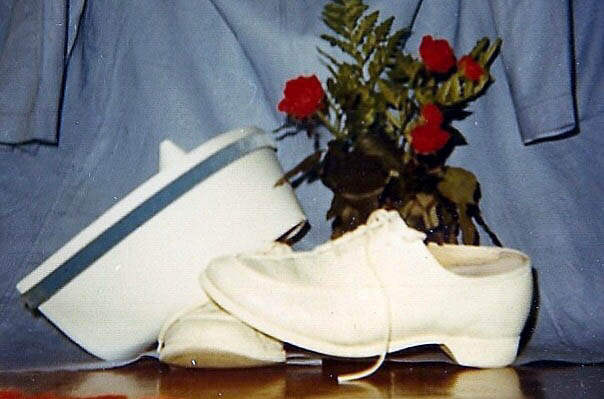 Much like the long dress and apron, the nursing cap became a fixture under Florence Nightingale’s watch. The veil-like caps were originally fashioned after nun’s habits and were meant to cover the hair of the nurse who wore it. (Hats were customary for women in the 19th century; they were worn for sanitary purposes.)

It wasn’t until the dawn of the 20th century that the crisp, white hat perfectly poised on top of the head was popularized. Caps became more of a statement piece in the nursing uniform as the century went on. No longer were they meant to strictly cover hair; they were marked with a sense of dignity, dedication, and pride, and became more ornamental and status-related as a result. Capping ceremonies were a rite of passage and celebrated a nurse’s achievements and induction into the profession.

Caps fell out of favor and fashion starting in the 1970s. Most hospitals no longer required them at all by the mid-1980s. As the profession (and science, for that matter) evolved, so did the need to embrace more practical conventions. Caps fell off heads during inopportune times (sometimes into the toilet and other unsanitary places) and became more of a burden than a benefit.

The nursing cap can still be found at some schools around the country whose students don them at graduation and during capping ceremonies. (Note: the 6 photos above are not from our class. The Cap at the top and the photos below are from the Class of 1970.)