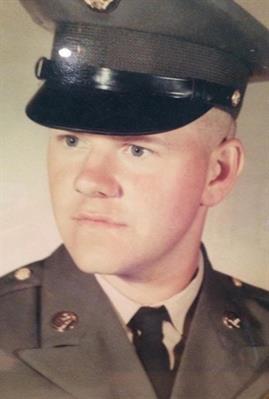 Lubbock- It is with great sorrow that we report the passing of Donald Allen Byers on January 24th, 2018 at University Medical Center in Lubbock, TX. He was 69 years old. Don was a proud U.S. Army Veteran who served our great country for 20 years; even serving as Special Intelligence in the Vietnam War. During his civilian life, he retired from Texas Tech University and humbly served as the historian for the 401st Bomber Group. He loved supporting his grandchildren by attending their activities and watching them shine. He was a loving husband, father, brother, uncle, and grandfather. Anyone who knew Don knew of his sense of humor and eagerness to give; he loved to see people smile. He will be greatly missed. Don was preceded in death by his mother and father, Floyd Allen Byers and Anna Loyce Byers. Don is survived by his wife, Nida Byers; his sister, Beverly Kelly; his children and their spouses, Michael and Sarah Byers, Bryan and Melinda Byers; along with 8 grandchildren, Kimberlee, Lane, Taylor, Ethan, Caden, Seth, Skylah, and Brianah, as well as a great grandchild. A memorial service will be held on February 1st at 11 a.m. at Faith Christian Family Church, 3616 58th St. Lubbock, TX