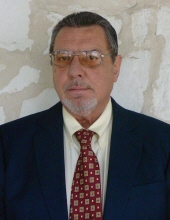 David Wilson Chandler Jr., 66, died on Friday, August 26, 2016 at his family home in San Antonio, Texas.  David "Davy" is survived by his three sons, Bradley Chandler and his wife Jacquelina Chandler, and their children Megan, Madison, Katherine, Jacob and Jonathan; Steve Chandler and his wife Amy Chandler, and their sons Bryce and Blake; Joshua Chandler and his wife Holly Chandler, and their children David, Elijah and Gwendolyn.  He is also survived by his sisters, Patsy "Pat" Wersell and husband David Wersell, Beverly McCreary and husband Mike McCreary; Brother Steve Chandler and his wife Patricia Chandler, numerous nephews, nieces, family and friends.Born on October 20, 1949, the eldest son of David Wilson Chandler Sr. and Minnie Lee Hays Chandler, he grew up in the home built by his Father and attended Highlands High School, Class of 1967.  Davy eventually moved into his family home after the passing of his parents where he lived out the remainder of his life.Davy went to work for Missouri Pacific Railroad in 1969 as a "Crew Caller" and worked his way up to "Engineer".  Davy worked the Railroad System for companies such as Union Pacific, Missouri Pacific Lines as well as the well-known passenger line, Amtrak.  Davy retired after nearly 40 years from the career he loved and had many stories to share with anyone that would ask.Davy loved his career but he loved his family more.  He would spend as much time as he could with his sons teaching them to do things for themselves as his father taught him.  He enjoyed handy man work and auto mechanics and always enlisted the skills and talents of his friends, family and neighbors to teach himself and help them.  Davy loved being at the coast and fishing while listening to Dire Straits and the Texas Tornados.He was also dedicated to his Faith in Jesus Christ.  Davy was a member of O'Connor Road Church of Christ. He also took pleasure in watching football after Sunday Services but really loved college football and watching basketball.  His favorite teams were the University of Texas Longhorns and the San Antonio Spurs.Davy will be missed by all who knew him!  A Memorial Service will be held at Puente & Sons Funeral Chapel, 14315 Judson Rd., San Antonio, TX. 78233, on Saturday September 3, 2016, 11 A.M.