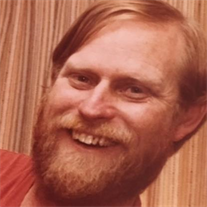 Mark W. “Chic” Elam went to be with The Lord on Wednesday, January 4, 2017. He was born in Corpus Christi, Tx on March 8, 1949 to Joe W. and Dorothy Elam.
Preceding him in death was; his father, Joe W. Elam and sister, Janeva Elam Lindblom. Survivors include; his mother, Dorothy Elam; brothers, Norris Elam (Linda), Jacky Elam; nieces and nephews, Jill O’Bryant, Jaime Bailey, Jordan Elam, Heather Lindblom, Amber Elam, J.B. Elam; and numerous great-nieces and nephews.
Mark W. Elam, known to most of his family and friends as "Chic", graduated from Highlands High School in 1967.  Following high school graduation, he joined the Air Force and served in Washington, D. C. at the Pentagon as a Communication Center Specialist until his discharge in November 1970.  He returned to San Antonio and was employed by CareMark Pharmaceutical Corporation where he retired.

He was a compassionate and caring son to his Mother and enjoyed playing Yahtzee with her each week.  He hosted Fourth of July celebrations at his property in Elmendorf, Texas.  His two sports loves were the Spurs and NASCAR racing. He enjoyed being with his nieces and nephews and especially delighted in buying them Christmas presents and watching them being opened.

His contagious laughter and fun loving spirit will be missed by all.