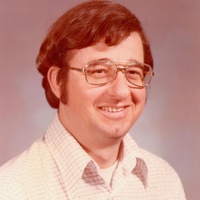 Collis Bryan Meier Sr. of Boerne, born October 25, 1948 in San Antonio "retired" From his long held job here, on Saturday, July 14, 2018 at the young age of 69, is and has taken a new position; an offer he couldn’t refuse; was extended to him from none other than" The" Carpenter Himself. Collis’ official title will be Lead Carpenter of all things heavenly,  and will have a secondary position as official test rider of all new motorcycles made,  before they’re released to the public. Collis, but known to most of us as Bryan,  lived a very fulfilling and happy life;  always making people laugh and helping out anyone who needed a hand. There are so many cherished qualities of Bryan but hardworking, compassionate, and funny top the list. He always stayed busy and was always working. Collis served in The United States Military from 1968-1970 as a Naval Damage Control Specialist aboard the U.S.S. Puget Sound. After his time in the Navy, Dad was hired on as the The wood shop teacher at South San High School where he passed on his expert knowledge of carpentry to the kids of South San and made a lasting impression on many.  He then, with the help of his wife, our Mom, started his own company, Meier Construction, which was successful due to Dad’s reputation for thorough, quality, workmanship and his honest work ethic. The family then moved to Bergheim, where Meier Construction continued to prosper and our parents fulfilled their longtime dream of building their own home. Once their dream was a reality, Dad began work as a Park Ranger for Guadalupe River State Park. He enjoyed working outdoors and the ever changing daily events that the park offered.  Kendall County was Dad’s next calling. He stepped right into the position of Facilities Manager for Kendall County, a job in which he excelled and genuinely loved. He made some dear friendships there that lasted to this day. It was definitely bittersweet when Dad retired from Kendall County in 2010.

Once retired, it was then he was able fully take on and enjoy his role as a Grandpa....or as he was better known, as "Pa”.

His other retirement pastimes included fixing odds n ends at the homes of his family and dear friends, cruising the Texas Hill Country on his cherished motorcycles, and attending Motorcycle Rallies throughout Texas with his lifelong friend and riding partner Benny.

He is preceded in death by his wife, Becky S. Harllee Meier, his parents Gilbert L. and Dorothy H. Meier, and his Uncle and Aunt F.O. and Dorothea Meier.

He leaves behind his two loving daughters Misty Perkins and Husband James and Dana Meier of Boerne.

As well as his oldest son Collis Bryan Meier, Jr. and his wife Tracy of New Braunfels.

A graveside service with military honors will take place at 10 AM on Monday, July 23, 2018 at Fort Sam Houston National Cemetery in San Antonio.

The family would like to extend their gratitude to the staff of Riverview Nursing and Rehab, his Hospice Nurse Christi Flores and staff of Alamo Hospice, and to his awesome caregivers, Andrew Valenzuela, Megan Bendele, Crystal Case, Jesse and Valencia Martinez for keeping Dad laughing and smiling through his last months.