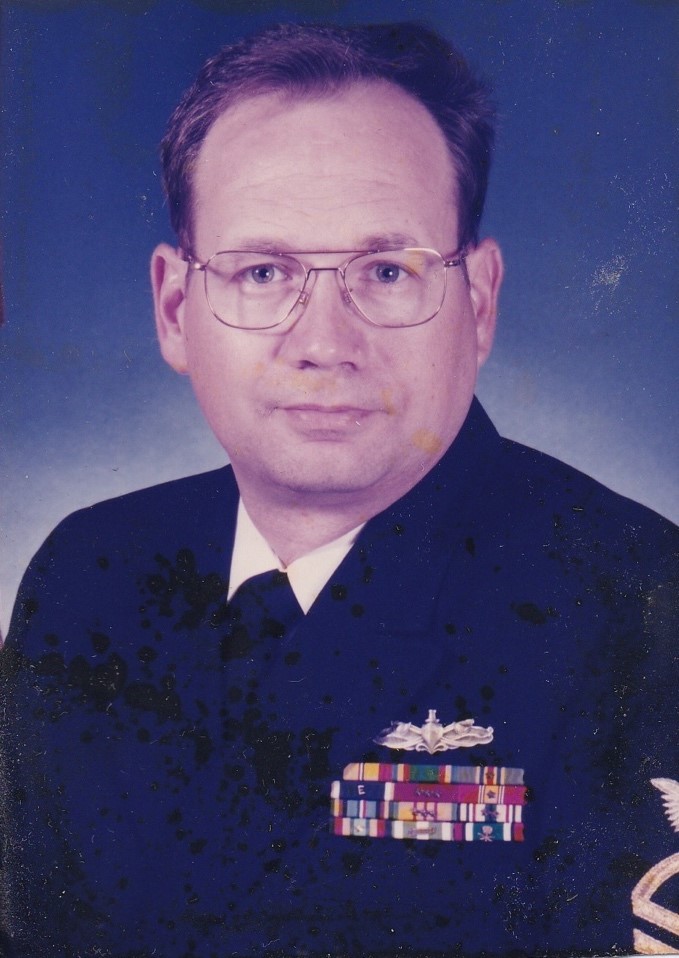 - aged 70 years young - passed away peacefully on Tuesday, February 5, 2019, at his San Antonio home surrounded by family.  He was born May 5, 1948, at Augusta, Georgia, to Charles Clinton Russell Sr. and Alice Irene (Gardner) Russell. He was an Army brat who lived in various parts of the U.S.  He was a 1967 graduate of Highlands High School. Inspired by his admiration of John Wayne movies, he enlisted in the U.S. Navy during the Vietnam War. He served proudly and retired in 1995 at the rank of Chief Petty Officer.  During his service, he explored various parts of the world but particularly loved his time in the Pacific Ocean. During this time, he visited Vietnam, Japan, the Philippines, and Australia.

Charles married Elena Tosco on January 26, 1980, at a chapel at Las Vegas, Nevada.  While still serving in the Navy, they lived in San Diego and raised their 3 children; Charles III, Jeanne, and Cheryl.  After retirement, they moved to his hometown, San Antonio, Texas.

Charles was a driven professional with a great work ethic and an avid historian.  He enjoyed reading historical and political books in his free time. Additionally, he enjoyed talking to other retired vets and civvies about his travels and experiences.  To be honest, he loved chatting with other “Old Salts” to recall their younger days in the fleet. He was also loved by the family cat, Boots, who he named after the coat pattern of her paws.  Whenever he returned home from his night shift as a security guard, Boots loved to jump on his belly (or lap) and take a nap with him. They were inseparable sleeping buddies.

When Charles was diagnosed with glioblastoma on September 26, 2010, he remained dedicated to his job and headstrong that he would beat this cancer.  This battle tested his hardened will to fight for 8 ½ years.

Charles is survived by his wife, three children, three grandchildren, two of his sisters, Barbara (Bobby) and Kathy, his brother, William (Billy), sons-in-law, Brain Brice and Andrew Mann, and his faithful companion - the family cat - Boots.

The family would especially like to thank the staff of Embrace Hospice Care for their constant and attentive care.  They would also like to extend their thanks and gratitude to Dr. (Maj.) Alexander Brown for his supportive and constant care, especially the way he always pushed Charles to fight it.  Lastly, they would like to thank Dr. Ernest Baxton for his careful examination and treatment.