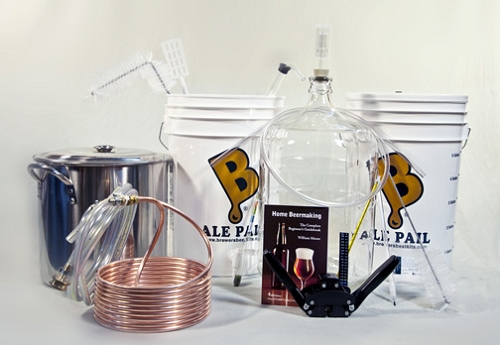 "Remember, the best beer in the world is the one you brewed." - Charlie Papazian

Think about your favorite beer for a moment. If you happen to have one on hand, go ahead and crack it open. We'll wait...

Now that you've (hopefully) poured yourself a tasty brew, notice the color of your beer. Is it golden-colored? Maybe it's dark. What color is the froth? Now take a good long sniff. Mmmm. What is that? Is it citrus? Or maybe it reminds you of coffee or chocolate. Okay. Now the best part. Take a sip. How does it taste? Is it bitter? Sweet? Caramely? It might taste like cherries or oranges, or even honey! Every beer has its own unique profile and character, which is what has made it such a popular beverage for consumers and brewers alike over the last 6000+ years.

Wait, 6000 years? You bet. Ancient Sumerian tablets have been discovered inscribed with a poem dedicated to Ninkasi, the goddess of beer. They also describe the Sumerian brewing process, one that is still followed by modern day brewers! How about that for tradition? Beer has been produced in hundreds of countries across the globe and continues to grow in both diversity and popularity.

How is beer made?

Let's start with the ingredients. The German Purity Law of 1516 (known as the Rheinheitsbegot) is the oldest food safety law still in practice in the world and stipulates what ingredients are permissable when brewing German lagers. While this ideal was intended for German beers only, it is still practiced by brewers all over the world and includes only the following ingredients:

- Water
- Barley
- Hops
- Yeast (While not originally included, it was later added once its role in fermentation was discovered.)

In the modern practice of home brewing here in the United States, many ingredients are used to produce regional flavors and styles that greatly add to the complexities of beer. California brewers produce West Coast IPAs that offer citrusy notes with pine-like aromas. Eastern American brewers will introduce you to beers brewed with Pawpaw fruit, while a trip to the south will yield beers made with roasted pecans. Experimentation has become the way of the home brewer and the results are limited only by imagination.

What equipment is needed?

The equipment used in home brewing can be easily purchased at your local home brew supply store. Starter kits are fairly affordable and usually include the following items:

A short guide to brewing your own beer can be found here.