Welcome to the St Cecilia's Class Of 1961 web site. This site is devoted to those who were any part of the 1961 graduating class. It is our hope to find as many as possible of our former classmates.  We'd also like to invite others who graduated St C's to join us as a guest.  Click here to let us know and we'll start the ball rolling.

Want to hear some music of our day?

Memorial services will be held on Saturday, January 18th, 2014 at 3:00 P. M. in the chapel of the Schaetter Funeral Home in Fredericksburg, with Rev. Alan Matthies officiating.

Those who so desire may make memorial contributions in her memory to the charity of one’s choice.

Funeral arrangements under the direction of the Schaetter Funeral Home, Fredericksburg

Expressions of sympathy may be sent at www.schaetter.com

Hey guys, Patsy (Wanja) Love posted an awesome picture of herself in about the third grade on her Facebook site. I think it would be cool if we all could do that on this site--cool to see and remember. And, seeing them might jog our memories and elicit a few more stories and contributions to the User Forums.

Don't be embarrassed. Some of my elementary school pictures were okay; however, some weren't. My fourth-grade picture is so goofy-looking it's incredible, with a center-of the back of my head cowlick that makes Alfalfa pale in comparison.

Come on, we've all survived those pictures, I think it would be fun to see them again. I call here for universal posting/uploading of our elementary school pictures--class pictures, too, from the different years, if you have them. I hate to throw more work on John, but, if you don't know how to get the picture on the site, I'll bet he could help. 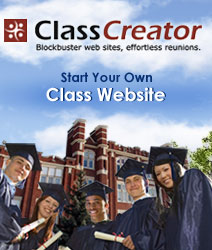