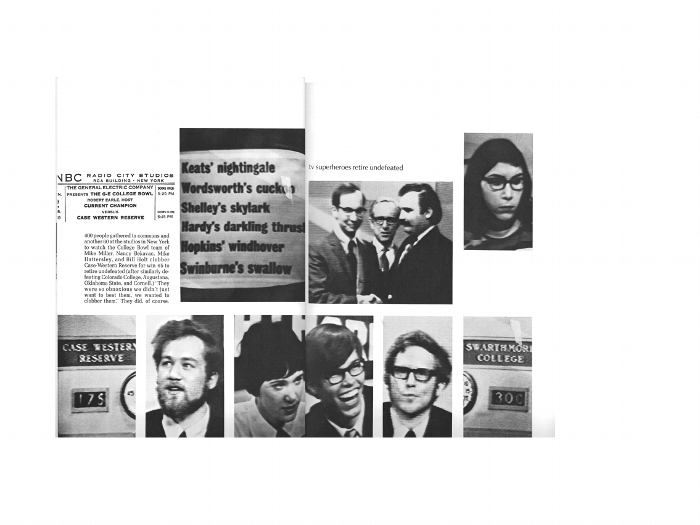 In the 60 minute 150th Anniversary Video, Minding Swarthmore, more than ten minutes was devoted to 1968-69. The entire video is recommended, but here is a clip that starts at the beginning of the coverage of our time there:

National Moratorium Against the War - October 15, 1969

Four students killed by National Guardsmen at Kent State - May 4, 1970 (one of the students, Jeff Miller, was a high school classmate and friend of Bob Cushman)

Break-in of the FBI office in Media - March 8,1971 - Besides Betty Medsger's book, “The Burglary,” there are several relevant videos - Johanna Hamilton's "1971," a documentary based on the book, an interview with Hamilton and Medsger, a CSPAN panel discussion with Medsger and three of the burglars (Bonnie and John Raines, and Keith Forsythe), a 2-part Democracy NOW! panel discussion with Medsger, Forsyth, the Raines, and civil rights lawyer David Kairys (Part 1 and Part 2), a New York Times story, and a Philadelphia Enquirer article on the 50th anniversary of the break-in