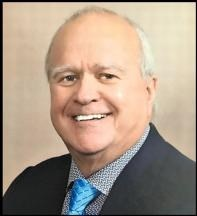 Stephen Michael Lewis of Ada, Michigan and formerly of Anchorage, Alaska, passed away on Sunday, May 31, 2020 at the age of 74. It was unexpected and a terrible shock.

He was born on April 1, 1946 in Seattle, Washington to the late Mark and Elta Lewis. He will be lovingly remembered by his wife of 37 years Elaine Lewis, children Nick (Joanna) Lewis, Matthew Lewis, Bryan (Suzanne) Lewis, Tracey Lewis, 4 grandchildren, 1 great grandchild on the way, sister-in-law Diane Lewis and brother-in-law Philip (Theresa) Cooney. Steve was preceded in death by his parents and brother Robert Lewis.

Steve proudly served our country and was an E2 in the US Navy. For over 36 years he lived and worked in Anchorage, Alaska. He enjoyed golfing and spent 3 blissful years in his hard-earned retirement gardening for several hours a day. His large and beautiful yard was his prized possession.

Steve Joined the Orthodox Church in 2015. His son, Nick Lewis, was his sponsor/Godfather in the Church. He was active in the Church and he loved worshiping with his family and his Church family.

He was a passionate man who would make his views known. Steve was a man who marched by the beat of his own drum and made friends and adopted family wherever he went. He loved all of his family and would always make amends when his drum beat disrupted a relationship - even if it took some time.

Steve was always trying to be helpful to less skilled drivers by shouting encouragement as he drove by. So, if you drive slower and wish to honor him, please stay in the right lane. He will be deeply missed.