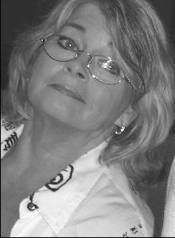 Known for her patience, loyalty, compassion and kindness, Suzanne Shelly passed away on Sunday, October 12, 2008 from complications while being treated for ovarian cancer. She was a beloved wife, mother, sibling, aunt and friend.

Suzanne was born in Grantham, England in 1945 to Joan and Walter Oates. She was raised in Edmonds, Washington and graduated from Edmonds-Woodway High School. She married Michael Shelly in 1964 and they remained together until her death. Suzanne devoted herself to family, raising her three children and keeping the extended family together in celebration. She enjoyed gathering with her friends and loved to bath in the sun.

Suzanne was the most accepting person many will ever know. She was always willing to look beyond one's faults and into their hearts and see the good in everyone. She fed everyone who entered her home and hosted many years of family gatherings and Christmas parties,

She was preceded in death by her father, Walter Oates; and nephew, Damon Lowry.
She is survived by her husband, Michael; son, Mike (Lisa); daughters, Tiffany (Tony) and Lacey (Brian); grandchildren, Trevor, Teagen, Ronan and Avery; mother, Joan (John); sisters, Carol and Jo (David); brothers, Gary (Cindy), Scott (Alice), and Andrew; and many nieces and nephews.