Update: The City of Rockville unveiled a new statue of Walter Johnson in Dogwood Park.  See this article for the details.

Walter Johnson High School has changed quite a bit since our days there in the 1970s. In 2010 a $23M+ renovation was completed, including a $10M facelift to the Donald H. Reddick Auditorium and a new football/soccer stadium with an artificial turf field. To explore an interactive street view of our 'new' high school, click here.  (Note: to see the street view, your browser needs to have the Microsoft Silverlight plug-in and it may take a minute for the street view to appear on your computer screen).

While the school may look a bit different and the mascot is now a Wildcat rather than the Spartans, there are some things that never change. For instance, WJ has always had a great soccer tradition. Walter Johnson boy's and girl's soccer teams were both Maryland state champions for 2016. The Washington Post announced it's All-Met Athletes of the Year for Fall 2016. - Walter Johnson won the top award in both boy's and girl's soccer.  WJ's Zion Friday was named the top male soccer player in the Washington DC area, while Cammie Murtha took the equivalent award for female soccer players.  See this article in the Washington Post for details.

In the 2011 season, the WJ team made it all the way to the Maryland 4A state finals. WJ dominated Bowie High School in the championship game; however, Bowie scored in the final minute of regulation to tie the score 1-1, and proceeded to win the game in overtime. This was a crushing blow to one of the best soccer teams WJ has ever had.  WJ ended the season with a 17-1-1 record and a #6 spot in the final DC Metropolitan boys' soccer rankings by The Washington Post. The YouTube video below captures the highlights of the 2011 championship game held at UMBC in Baltimore (note: the video was made by a Bowie fan and thus focuses on Bowie).

As good as the 2011 Walter Johnson soccer team was, you have to wonder if they could have matched up against this squad: 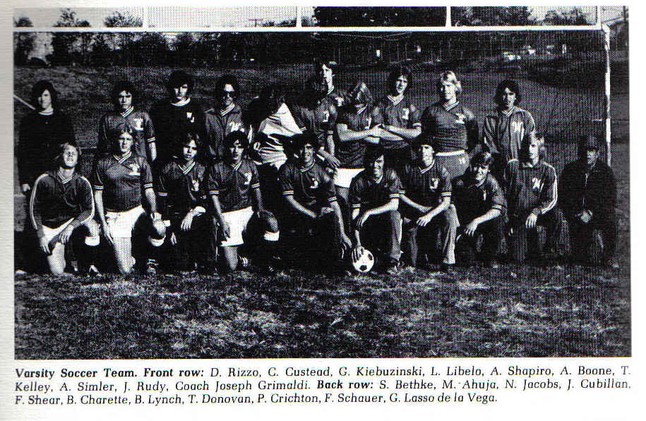 The demographics of the student body have changed quite dramatically since our days at WJ. As of September 2011, the student body was 2,269.  That's a lot more kids in the hallways (of course, the addition of a 9th grade class has a lot to do with that).  In addition, the ethnic breakdown of the class has changed:

A number of our classmates have children who either attended WJ in the recent past or go to school there now!  If you would like to share some information about "today's WJ" that we can post on this site, please click on Contact Us and let us know.

The Walter Johnson High School website lists some ways you can help the school financially, many at no additional cost to you. To see how you can help, please click here.