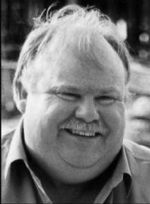 Robert "Tom" Thomas Gepner, 62, passed peacefully of natural causes at home on October 10, 2008, in Arlington, WA. He was born to Robert "Bob" and Dorothy Gepner, April 9, 1946 in Seattle, WA. Tom served his country with the United States Navy Sea Bees in Vietnam. He started his career as a carpenter later starting his own construction company, building numerous prominent restaurants throughout the Pacific Northwest. Tom's true passion was fishing, which he excelled at. He was an avid fisherman from the first time he picked up a rod and reel. He traveled extensively, fishing from Mexico to Alaska and remote places where few have ever traveled. He enjoyed his summer cabin at Hope Island where he spent many weekends and holidays with family and friends. Many knew Tom as a man with excellent work ethics and a good sense of humor.

You will be missed.