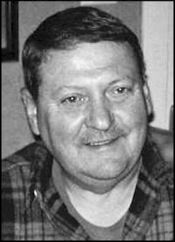 James (Jim) Patrick Glasgow Sr. (70) of Snohomish, WA passed away peacefully in his home on October 30, 2016, after an extended battle with Dementia and COPD.

He was born on August 1, 1946. He was a down to earth, loving, generous, and caring family man. He always put his family first and was very proud of them. In Jim's lifetime he graduated from Edmonds High in 1964 and then went on to serve in the US Navy during Vietnam.

He worked as a Snohomish County Sheriff as a reserve, at local Ford dealerships as a mechanic, then onto Metro Transit in which he retired after 33 years of service as a lead mechanic. Some of Jim's proudest were the years he spent racing Sprint cars and Superstocks; and the time he put in coaching and umpiring at Snohomish Little League.

He was a wonderful husband, father, grandpa and friend and he will missed dearly. Jim is preceded in death by his parents, John and Lillian Glasgow; brothers, Bob and John Glasgow; his sister, Carolyn Glasgow; and father- in-law, Edward Soderman.