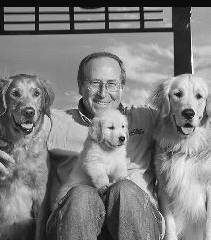 Timothy Lee Jorgensen died peacefully on Saturday, May 12, 2012, with his family by his side. Born in Neenah, Wisconsin on July 12, 1946, Tim and his family moved to the Northwest in 1953 and eventually to Edmonds, WA in 1955 where he lived until his passing.

Tim courageously battled Non-Hodgkins Lymphoma for 13 years, but never lost his passion for life and the outdoors. Besides being a devoted father and loving his family, Tim loved the northwest and all it had to offer. Exploring the mountains, spending time at the family cabin in Twisp, WA, hiking, camping, skiing, hunting and Husky Football were among some of his favorite pastimes, but Tim's special passion was always the water. With his wife and kids, Tim cruised the local waters from South Puget Sound to Desolation Sound aboard their boat the Southern Cross.

Tim had a persona that left us all laughing and happy, with a quick wit that could turn an ordinary time into an event. To those that knew him, he will forever be remembered for his many "Timisms" and infectious sense of humor. Although we will all miss him terribly, we were truly blessed having known him. He is survived by his wife, Sue (Claybrook); children Travis, Tyler and Laura; his beloved Golden Retrievers; mother, Dorothy; brother, Buck (Nancy); sister, Laurie (Dave); as well as his nephew and many nieces.

Published in The Herald (Everett)