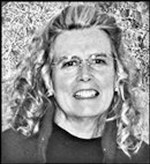 Laurie, 67, passed away peacefully at her home in Edmonds on April 11th, 2014. Born June 17th, 1946 in St. Paul, Minnesota to Tom and Dorothea Niven, she moved with her family to Corvallis then Forest Grove, Oregon before moving to Edmonds where her Dad started his optometric practice.

She graduated from Edmonds High School in 1964, and from Washington State University in 1968 and later went on to earn several other degrees. Laurie dedicated her life to helping others in her careers, especially as a special education teacher at Lockwood Elementary.

She is survived by her daughter Makayla, her brother David (Eileen), and her niece Katie.