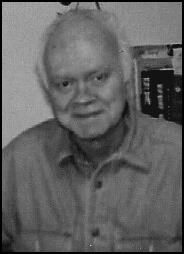 Les, 74 of Lynnwood, passed away with his family by his side on Tuesday, March 17, 2020 at home after a long battle with cancer. Our hearts are broken. Les was born January 26, 1946 in Grafton, North Dakota to Sidney & Edith "Binkey" Thorfinnson. The family moved to the Wallingford area of Seattle when Les was five years old, later settling in Edmonds.

Les had fond memories as a teenager visiting and working on his relative's farms in Mountain, ND. Les loved nothing more than playing his guitar, writing songs and singing for all his family and friends. He was a band member of "A Boy and His Dog" in the early 70's.

Les was an electrician by trade and last worked at Chevron/Pt Wells. He is survived by his wife of 50 years, Diana; sons, Aaron and Adam; granddaughters, Elaine and Christina. Les was preceded in death by his parents; and brothers, Lee and Lonnie. He will be dearly missed.