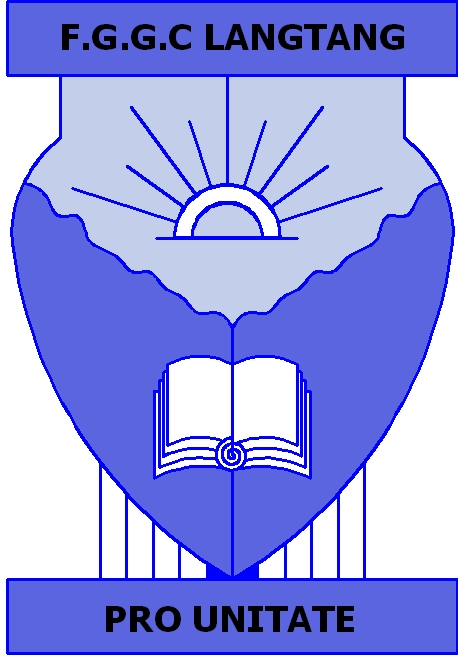 We the ‘FEDERAL GOVERNMENT GIRLS COLLEGE LANGTANG OLD GIRLS ASSOCIATION’ having met together and resolved to form an association for promoting the unity and welfare of our members and having unanimously resolved and agreed that the Association have a Constitution to regulate its activities and performances hereby make the following rules and regulations hereinafter referred to as the Constitution.

SUPREMACY OF THIS CONSTITUTION

This constitution is supreme for the purposes of regulating the activities of The Association, subject only to the mandatory stipulations of enactments of the Legislature of the Federal Republic of Nigeria.

The name of this Association shall be FEDERAL GOVERNMENT GIRLS’ COLLEGE LANGTANG OLD GIRLS ASSOCIATION (FLOGA).

ARTICLE 5 - CHAPTERS OF THE ASSOCIATIONS:

The National Officers of the Association shall comprise of:

The association shall also appoint;

An external auditor shall be appointed or engaged as the need arises to audit the Associations finances these may attend when invited, the National Executive Committee meetings.

Shall be the head of the Association. It shall be her duty:-

a. The National Vice Presidents shall in the absence of the National President, perform all the duties of the president.

b. The National Vice Presidents shall perform all other duties, delegated to her by the president..

c. The National Vice- President shall perform such other duties as may be assigned to her by the National Convention, the Board of Trustees through the president.

The chapter executive committee shall include

A member of the Association shall be eligible to be elected as an officer of the Executive Committee of any chapter provided:

DUTIES OF THE CHAPTER EXECUTIVE COMMITTEE:

6. The National Executive Committee shall meet as and when necessary.

All National elections shall be held at the Annual General Meeting which shall be conducted by a secret ballot voting system or via a secure online platform registered to the Association and dedicated to achieving a transparent election.

ARTICLE 12 - FUNDS OF THE ASSOCIATION

Funds of the Association may be derived from the following sources namely:

1. Notices shall be sent by post or e-mail or may be published in any national daily

2. The address where a Member is entitled to receive notices is the address noted in the Registrar of Members (if none, the last known address)

3. Any notices given in accordance with this Constitution is to be treated for all purposes as having been received:

2. Provided that nothing herein shall prevent the payment, in good faith, or reasonable and proper remuneration to any Officer or servant of the Association in return for any service rendered to the Association

3. No member of the Association shall be appointed to a salaried position. Only out of pocket expenses will be refunded. This provision shall however not apply to any payment of any company that has duly rendered service to the association whether or not a member of the Association holds shares in the company as long as such Member does not hold a hundred percent (100%) of the company. Such a member shall not be required to account for any profit he may have made from the company.

4. In the event of the dissolution of the Association, after the satisfaction of the debts and liability, all outstanding assets shall be given to another association having similar objects. The benefiting association is however prohibited from distributing its assets amongst its members.

A member of the Association, whether a Trustee, an Executive or any other person employed by the Association shall be indemnified out of the funds of the Incorporated Trustees of Federal Government Girls’ College Langtang Old Girls’ Association against any liability incurred by her in good faith in the performance of her official/assigned duties.

In the event of any dispute over the interpretation of any part of this Constitution, the dispute shall be referred to a panel appointed by the Board of Trustees to be headed by the Legal Adviser AND appeals against the decision of the panel shall lie to the Board and its decision shall be final and binding.