Federal Government Girls’ College, Langtang , Plateau State was established on the 15th October, 1978 by the Federal Military Government of Nigeria under the regime of General Olusegun Obasanjo, the then Head of state and commander-in-chief of the Nigeria Armed Forces.

The aim of establishing the college like other Unity schools was for national unity and academic excellence.

The pioneer principal was Miss Feroze Din, a Pakistani national from 1978 – 1985.

In September 2012, again, the mantle of leadership exchanged hands as Mrs E.A Kasua took over from Mrs M.S Ali who retired.

Below is a letter the Alumni received from her recently. 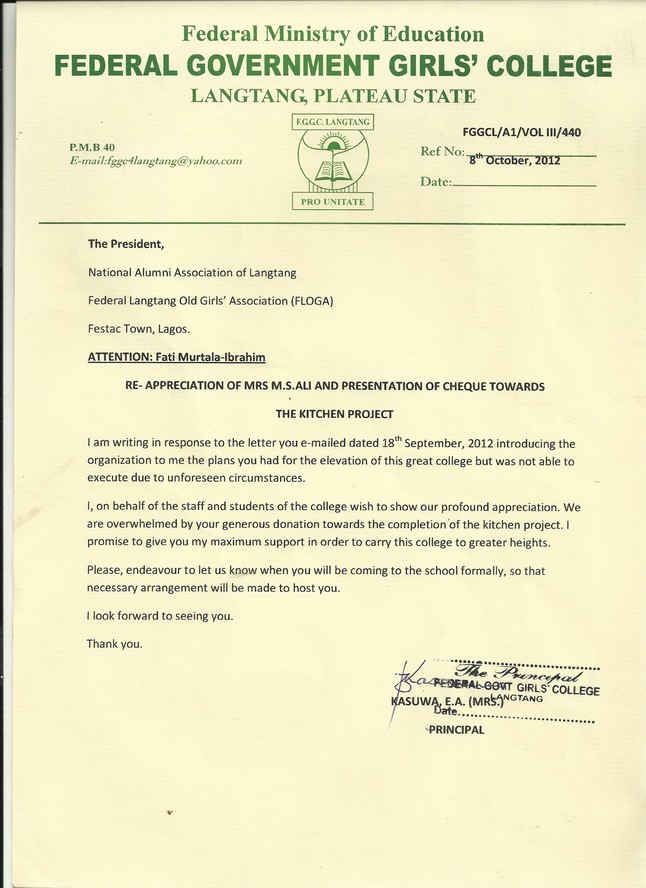 A College which is a citadel of knowledge and an ideal environment for the all round education of the GIRL-CHILD to become disciplined, honest, scholarly and patriotic individual towards a peaceful, and developed society.

To partner with relevant development agencies, to harness available local and national resources to create a conducive environment for the GIRL-CHILD in order to exploit her full potentials and produce positive thinking for a purposeful, peaceful and globally competitive society.